How A Lesbian Couple Were Shocked At Church 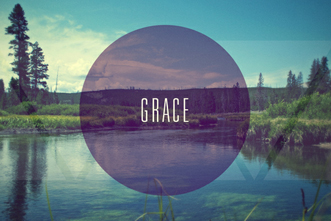 What would you do if a lesbian couple walked into a worship service? Treat them with contempt? Ignore them? Or offer them the transforming grace of Jesus?! Find out what happened to Amy when she tried to shock a church with her lifestyle, but was instead shocked by her Maker and Redeemer!

“Let’s just go for fun! We’ll see how much we can push their buttons,” Amy teased her girlfriend, who didn’t like the idea of hanging around a bunch of Christians.

“Come on,” Amy insisted. “I hear their motto is ‘Come as you are.’ I just want to prove that they’re ‘come as you are … unless you’re gay.’”

Amy had been in a nine-year lesbian relationship that had broken up, leaving her wondering why her deepest longings could never be satisfied. She and Rachel had just started hanging out when they decided to attend one Sunday morning.

“I came on a mission to shock people,” Amy admits. “Rachel and I would hold hands in front of people, but instead of the disgusted looks of contempt we expected, people met eyes with us and treated us like real people. So we started coming to church weekly. We kept moving closer to the front each week, trying to get a reaction so that we’d be rejected sooner rather than later. When we couldn’t shock people, we stopped trying and started learning.”

“Not long after that, Rachel and I stopped seeing each other, but I kept coming to church because I was searching for something,” Amy admits. “I definitely wasn’t looking to change. It wasn’t my lesbian lifestyle that I was bringing to God, but I wondered if God had answers to my deeper longings. Problem was, I didn’t trust God at all!

“The more I listened and learned about the teachings of Jesus, the more I started to actually believe that God really did love me. I heard more and more about being His masterpiece, and in time, I actually started to believe it. The more I believed God actually could see something of value in me, the more I trusted Him.”

Over time, Amy slowly opened her heart and struggles to Christ.

“After that, I realized God knows more about me than I know about myself,” Amy recalls, “and He wants to bring healing to these wounds, so I fully gave Him my heart and body—everything. As I continued to seek intimacy with Him, the lesbian struggles fell away. I’m not saying that’s how God works with everyone, but it’s how He’s healing me. The more I focus on God’s intimate love for me and try to see His masterpiece emerge, the less I want anything to get in the way of His work in me.”

This was taken from the following article at CharismaNews as an excerpt from Mud and the Masterpiece: Seeing Yourself and Others Through the Eyes of Jesus by John Burke.

Brian J. Lund is minister of Word & Sacrament at Zion Evangelical & Reformed Church. You can follow him at his website or @BrianJLund.
View all posts by blund →
This entry was posted in ministry and tagged articles, evangelism. Bookmark the permalink.